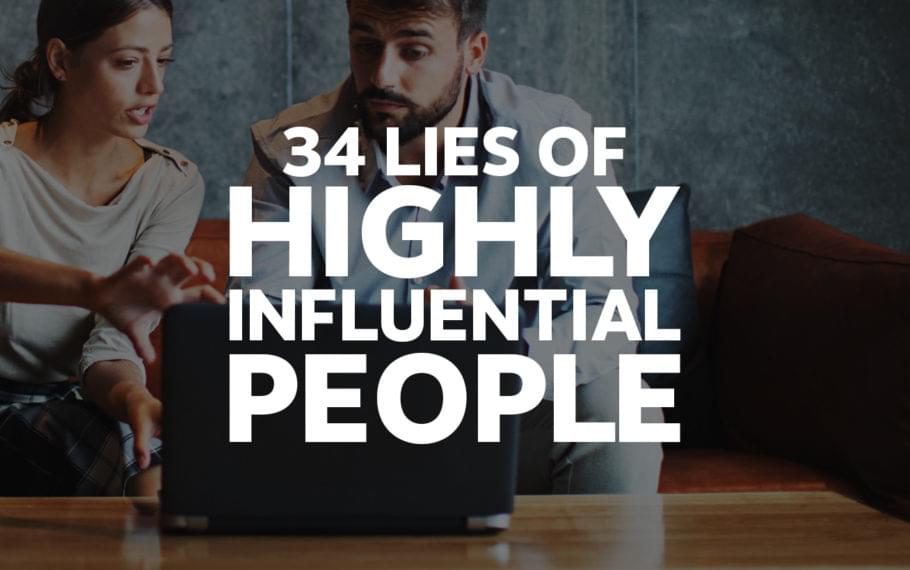 You are a highly influential person, although you may not yet know it.

What is holding you back?

Perhaps it’s one of these 34 lies that highly influential people often tell themselves.

There are many lies we tell ourselves to avoid responsibility and give in to our fears. Whatever the cause, when we keep our mouths shut the world misses out. Someone isn’t inspired the way they would have been. Somebody’s life isn’t changed. Your story matters. What you have to say is important. Whatever shortcomings you may have as a person of influence, you can overcome them and become influential.

Got an excuse I didn’t address? Tell me about it in the comments below.