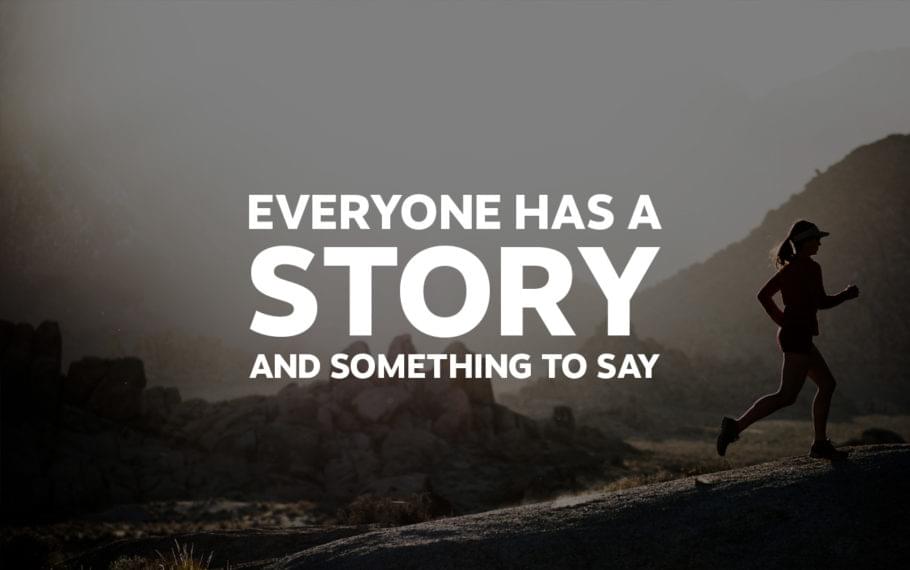 Each week when I send out my email newsletter I get responses. Sometimes I get a few, sometimes I get a lot. Sometimes the responses are technical questions, other times they’re simply comments, and occasionally they turn into fascinating discussions.

Recently I discovered that one of my subscribers is a former editor for the New York Times. That’s flattering, but my first thought was “I bet this guy has some real interesting insights into what makes a great writer.” So I asked him for his top advice. The first thing he responded with was:

“Everyone has a story and something to say.”

I’ve been saying the same thing as loudly and as often as I can, but it’s one thing for me to say it, and another for you to hear it from a New York Times editor. If you don’t believe me when I say it, maybe you’ll believe him.

People who don’t believe this tell me “But a bunch of people have already said what I want to say.”

They may have said words similar to the words you want to use. They may have already used the book title you thought of. But they haven’t said what you want to say the way you’d say it, they can’t connect to the people you can, and a million people still haven’t ever heard the message you want to share.

Say you’re an entrepreneur, struggling to grow your business. Is there any entrepreneur who hasn’t faced this?

Has this topic been covered literally a million times in articles, videos, talks, and books?

Not a single one of those people has told your story.

Your Story is Unique

My wife got onto me about managing our personal finances better for years. One day I read The Total Money Makeover by Dave Ramsey, and I went to my wife and said “Wow, this is a great book! We should totally be doing all this stuff!”

She rolled her eyes and with more than a little frustration in her voice said “This is what I’ve been telling you for years!”

“Yeah, but somehow it sounds different coming from Dave,” I said.

What if Ramit Sethi said “Dave Ramsey and Suze Orman already have that personal finance thing covered, what can I add?”

He wouldn’t have written his bestselling book I Will Teach You To Be Rich.

What if Rachel Hollis said “What can I say that Oprah Winfrey hasn’t said?”

What if Ryan Holiday said “The stoics said it all, I can’t improve on that.”

He wouldn’t have written his best selling book The Obstacle is the Way or Ego is the Enemy.

The same goes for giving a talk, writing a blog post, or posting on social media.

For of all sad words of tongue or pen, The saddest are these: ‘It might have been!’ – John Greenleaf Whittier, Maud Muller

Will you succeed every time you create content? No. Will you stumble your way forward, perhaps for years, before you connect with your audience? Yes. But will it be worth it when:

All three of those have happened to me because of my writing, and I’m not saying anything that hasn’t been said before, except that I’m saying it my way.

Your voice is unique. Someone out there needs you. Get to it.